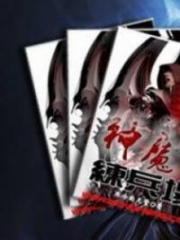 Official Description
Su Yu was in a third rate university when the “Sky Holes” appeared, his school fell through the “Sky Hole” and appeared in the middle of a forest that was teeming with terrifying creatures.
Witness a fearsome transformation that originates from his hand…
Short Translator Synopsis
Basically a bunch of students fighting to survive in this new world that is full of bloodthirsty monsters that give crystals(exp) when they die. These crystals enable them to “evolve” and gain unique powers. The characters have to deal with various issues such as food, water, shelter, monsters and sometimes other humans. Plenty of deaths and gore, not for people who get emotionally attached to certain characters.